The data science certificate programs are designed for college graduates and professionals seeking entry into this emerging field.

The 12-credit Post-Baccalaureate Certificate in Data Science – Foundations provides an introduction to foundational concepts in statistics and computer science as well as applying methods to analyze data. Students will gain a perspective on the kinds of problems that can be solved by data-intensive methods.

The Graduate Certificate in Data Science – Earth Resources, 12 credits, builds on the foundational concepts in data science as it pertains to managing surface and subsurface Earth resources and on specific applications from the petroleum and minerals industries as well as water resource monitoring and remote sensing of Earth change.

The Graduate Certificate in Petroleum Data Analytics, 12 credits, is focused on the data foundation of the oil and gas industry, the challenges of Big Data to oilfield operations and on specific applications for petroleum analytics.

The Graduate Certificate in Data Science – Statistical Learning, 12 credits, covers statistical methods for interpreting complex data sets and quantifying the uncertainty in a data analytics. The program helps students gain new skills in computer science but is grounded in statistical models for data rather than algorithmic approaches.

The Graduate Certificate in Data Science – Signals and Systems, 12 credits, trains recent graduates or mid-career professionals with a bachelor’s degree in electrical engineering or a related field in mathematical and algorithmic aspects of data science relevant to handling the signals and data processed and generated by modern physical and electrical systems.

The Master of Science in Data Science program gives students a foundation in statistics and computer science as well as the knowledge to apply these skills to a particular science or engineering discipline. The program follows a 3 X 3 + 1 design: three modules, each consisting of three 3-credit courses in a particular aspect of data science (data modeling and statistical learning; machine learning, data processing and algorithms and parallel computation; individualized and domain-specific coursework), plus a mini-module of three 1-credit professional development courses.

Data scientist ranked No. 2 best job in America for 2021 (Glassdoor)

Mines ranked 4th in the nation for best value college (#1 in Colorado), Payscale.com, 2021

The Harvard Business Review called data scientist “the sexiest job of the 21st century,” all the way back in 2012.

LinkedIn’s 2020 Emerging Jobs Report, which spotlights jobs experiencing tremendous growth, ranked data scientist at No. 3, with 37 percent annual growth since 2015 and average pay of $143,000 per year.

The data science field has topped the report three years running, and LinkedIn says it’s a specialty that continues to grow across all industries. “Our data indicates some of this growth can likely be attributed to the evolution of previously existing jobs, like statisticians, and increased emphasis on data in academic research,” the report says.

Data engineer also made LinkedIn’s list at No. 8, with 33 percent annual growth since 2015. “Data has quickly become every company’s most valuable resource, and they need savvy engineers that can build infrastructure to keep it organized,” the report says. “Industries from retail to automotive are snapping up this hard-to-hire talent.”

Data specialists were among the tech positions in high demand across North America, according to human resources consulting company Robert Half, along with business intelligence analysts and machine learning specialists.

According to the company’s 2020 salary guide, data jobs were well compensated in the United States. Here’s a sampling of job titles and median annual salaries: The world is awash in data, and companies in every single industry—from retail and health care to... To demonstrate how exciting and varied data science is, here are a few examples of the research... 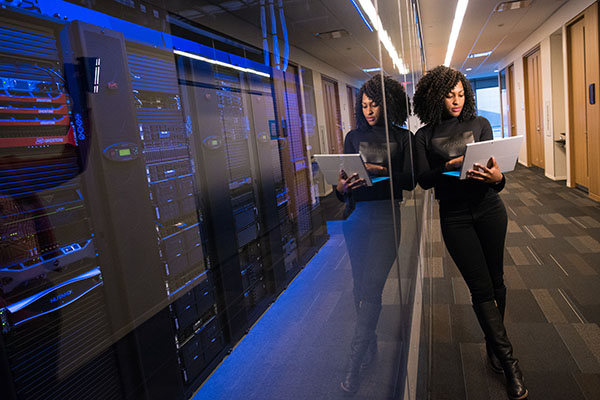 With the explosion in demand for data scientists has come a ton of educational options—from short...